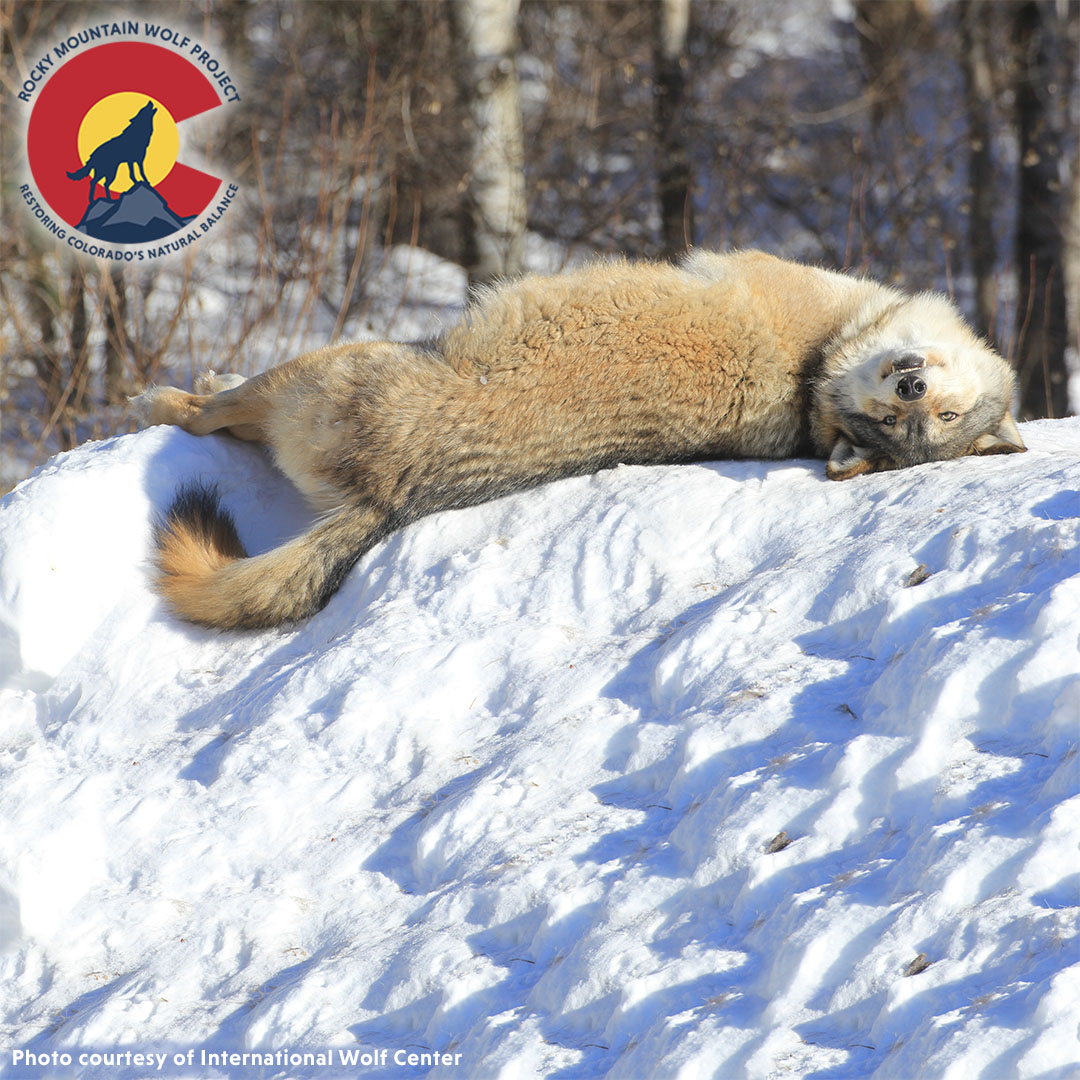 Consider this — Drinking coffee and using a vending machine pose a greater risk to your safety than the gray wolf.

Movies, cartoons, and other media dating back centuries paint a very different picture. Wolves are big, bad, and scary, right? — Not exactly. This characterization makes for some really popular Hollywood movies, but they’re not based in reality. The gray wolf can be dangerous-- nobody’s disputing that--but they do a stellar job staying out of our way. In fact, we’ve coexisted with them for centuries until humans eradicated gray wolf populations and pushed them out of their natural home — the Rocky Mountains!

Our project started last spring with one goal in mind — to begin a conversation in Colorado and throughout the West that could help bring the gray wolf home.

We believe the solution lies in a reintroduction effort. We know that there are many myths and misinformation we need to address before reintroduction can take place.

So, here’s a list of 11 things that are statically more dangerous for humans than the gray wolf:

Since the late 70’s nearly 40 people died and many more injured by these food or drink dispensers. How many wolf deaths in the lower-48? Zero.

"Don’t text and drive” is a slogan for a reason—distractions because of phones are responsible for thousands of crashes and injuries and, unfortunately, about 9 deaths every day. Let that sink in...9 x 365 = 3,285!

Yes, even water can be more dangerous that wolves! Hard to believe, we know.

In 2015, 5,736 pedestrians were killed on U.S. roads and many more injured. That’s right, just walking around can be more dangerous than the gray wolf.

Over a hundred people die from falling off ladders every year.

Dogs, man’s best friend, cause about 31 deaths a year!

Watch your step—about 1,600 fatalities a year are from people falling down.

75 people die a year from a common weekly chore!

Drinking can be fun but at least a few people die every day from alcohol poisoning.

See? Wolves aren’t all that bad when you consider other risks we face every day by just...living life. There have been zero confirmed wolf fatalities in the lower-48 of this country.

Wolves are a staple of the West and humans have a responsibility to return them back there — we’ve got to protect our legacy. That’s what this is about.

Want to show your support for our project to reintroduce wolves to Colorado? Add a filter to your Facebook profile picture—it takes just a minute!