Interview With an Expert — Mike Phillips

Interview With an Expert — Mike Phillips

This month, we interviewed Mike Phillips, Executive Director of the Turner Endangered Species Fund, Montana State Senator, and one of the world’s foremost experts on wolf restoration, about all things gray wolf.

You’ve worked with wolves for 38 years. When did you first become interested in the species?

I first became interested in wolves in 1978 as an undergraduate student in the Ecology Department at the University of Illinois. Every since I was a little boy I have been intrigued by dogs. As a young adult it made perfect sense that that intrigue would grow to include wolves since it's true from an evolutionary perspective that “dogs are wolves among us”.

To be completely truthful, however, while I consider wolves to be fascinating and I’m proud to have contributed to their future, I’m even more fascinated by the process of ecological restoration.  Because so much of the natural world has been damaged, sadly there is an increasingly pressing needed for restoration to bring degraded lands back to health.  Wolf conservation has served as a grand stage from which I’ve been able to participate in myriad restoration projects that aim to secure a future for critically endangered species and thus, to paraphrase E.O. Wilson, reweave the wondrous diversity of life that still surrounds us.

What type of projects have you worked on?

In the early 1980s I studied the gray wolf in the Superior National Forest in Minnesota, on Isle Royale National Park in Michigan, and in Alaska. Starting in 1986, I led the effort to restore red wolves to the southeastern United States, which represented the first attempt in human history to restore a carnivore species that had been declared extinct in the wild. In the mid-1990s I served as the first leader of the historic effort to restore the gray wolf to Yellowstone National Park as the means for re-establishing the species to the Greater Yellowstone Ecosystem. From the late 1990s through present day, as the co-founder and Executive Director of the Turner Endangered Species Fund, I have been involved in wolf recovery and conservation throughout the U.S., with a particular emphasis on the Mexican wolf in the southwestern U.S. and Mexico. 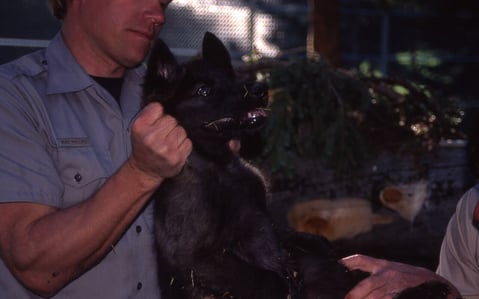 How does Yellowstone provide an example for Colorado?

The Yellowstone wolf re-establishment project makes clear that we can humanely and cost-effectively translocate wolves from one area to another and successfully reintroduce them. It makes clear, as does decades of reliable research from around the world, that wolves are not a threat to human safety or the livestock and big game hunting industries. It makes clear that co-existing with wolves is a very straightforward affair that requires only a modicum of accommodation on our part.

Want to learn even more about the gray wolf? Check out our e-book Wolves in the West.